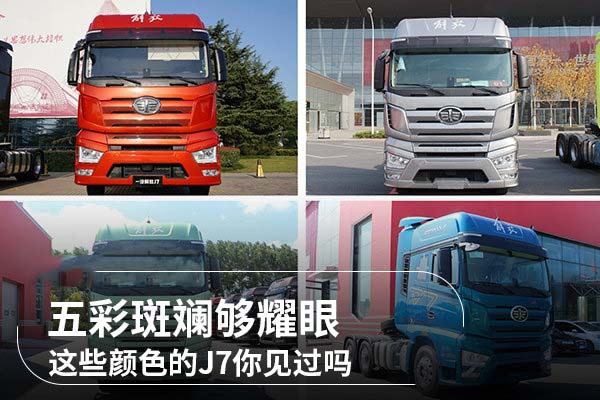 Colorful FAW J7 Tractor Head, Have you Seen These Colors?

Since the FAW J7 has been into the market is always the leading model of high-end heavy trucks. FAW J7 not only has excellent performance in vehicle performance, but also continues to optimize in terms of user needs. The most direct point is the body color . The color of the truck body is one of the key considerations when we buy a truck. After all, who buys a vehicle is not a trivial matter. Everyone must choose a truck paint color that we like. Today we will not talk about the configuration or the power. Let’s take a look at FAW together. How has the body color changed from the beginning of J7 to now, which one is your favorite?

The Long March Of Minimalist Style, 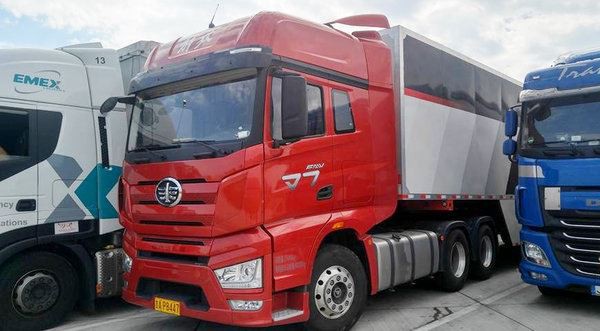 The first high-spec debut of FAW J7 was at the re-entry of the Silk Road event of FAW Organization. In this event, FAW J7 and European trucks really came to the same stage of competition, but this time we do not say that the vehicle is heavy How good is the performance on the Silk Road, the focus is on the painting of these two FAW J7s. 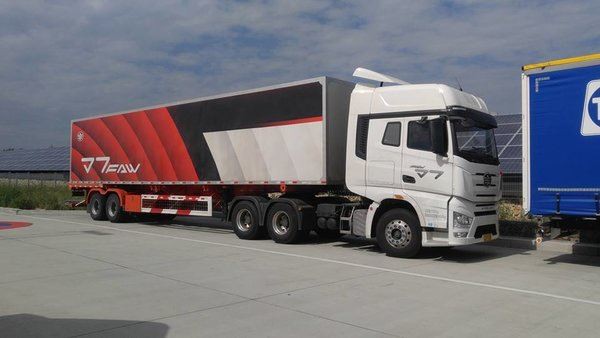 The two FAW J7 re-entering the Silk Road used a Chinese red color scheme representing China, and one used a fresher white. As a Chinese truck that has gone abroad, the FAW J7 with red paint can highlight Chinese elements. Although there is no more decoration on the body, this big red is already eye-catching. The two colors of red and white are also the colors that FAW J7 first appeared in the eyes of the majority of truck friends.

The Black Coffee Color Is Kept A Low-Profile

And Domineering Is Hidden In The Bones After reading red and white, let's take a look at two more rare colors, gold and black. These two colors are actually mostly used for early user test trucks. The color selection is relatively low-key, and the test vehicles are generally driven by some old drivers. Black and gold are also easy to accept. 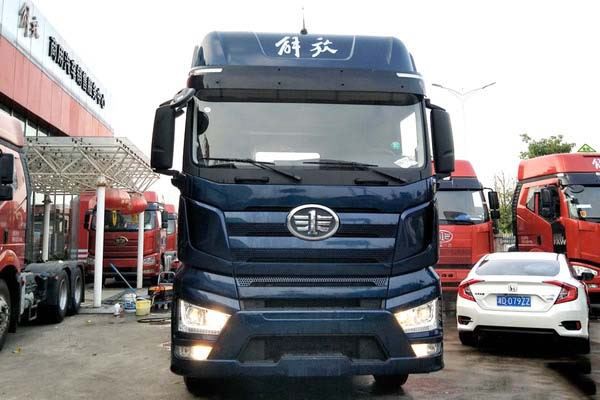 However, as the colors of FAW J7 became more and more, the appearance rates of black and coffee gold also decreased accordingly. These two colors are on the high speed. If it is not an old driver who knows the truck very well, it may not be easy to see that this is FAW J7. In terms of low-key, coffee gold and black are still very good.

To Be More Handsome Gray FAW J7 You Like? 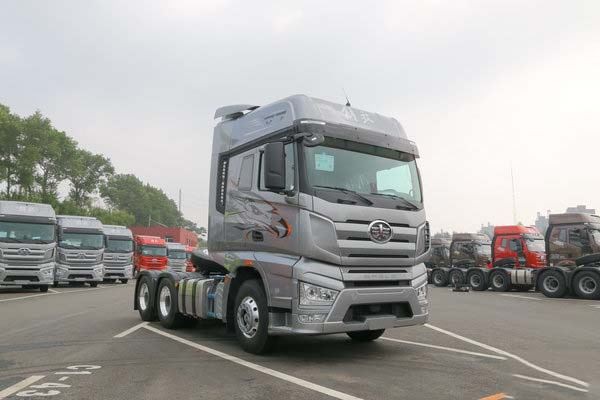 After reading the relatively niche colors, let's talk about the color that can be better accepted by everyone-gray, the most common thing on the road is the gray FAW J7. As a domestic high-end heavy truck, gray is neither flamboyant nor old-fashioned, and compared to red, white, black and coffee, gray is more resistant to dirt and some mud on the body is not obvious. 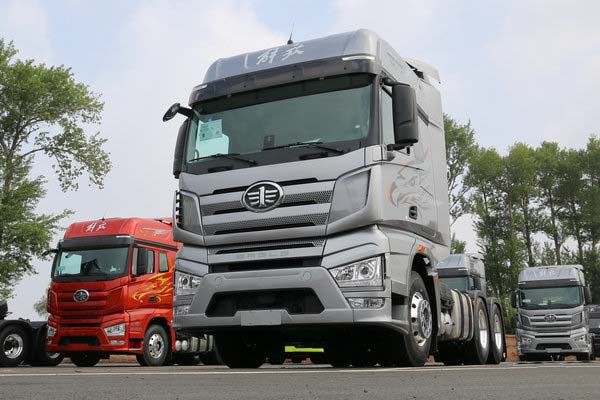 At the same time, the adaptability of gray is better. The younger generations after the 90s can be perfectly controlled, and the 70s and 80s of the previous years are not exaggerated. This is why the sales of gray FAW J7 are more prominent in all colors. And gray can make the vehicle feel stronger, better highlight the tall and powerful FAW of the J7, and let the already handsome FAW J7, the value of the next level. 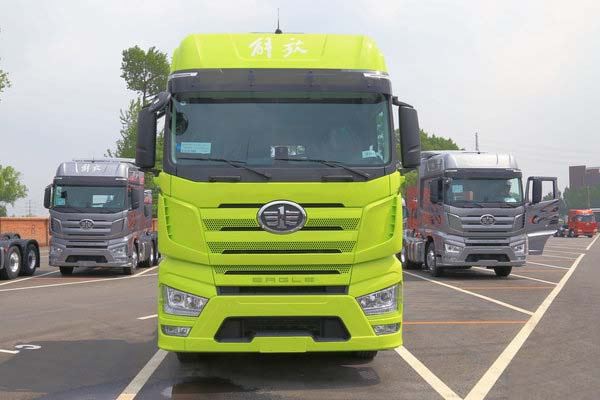 Although FAW J7 is a representative model among the domestic flagship heavy trucks, it is not the same as the stable and calm route. Who said that FAW J7 should not be small and fresh? The first representative work of Xiaoqing is the green color of the bud. I believe many truck friends are like me. When I first saw the color of FAW J7, I was instantly shocked. You should know that in domestic trucks, no one has the same color before. The green shoots are no different than letting FAW J7 take a small fresh route. A transportation company in Liaoning has a special liking for green shoots. At one time, it bought many FAW J7 with green shoot colors to form a green shoot J7 team. Such a team can bring a very high turn on the road. Rate, the overall color matching of fluorescent green is still quite successful.

However, the Chinese have always had a poor understanding of green. The probability of personal truck friends buying green is still relatively low, but I have to admit that bud green does make FAW J7's overall image younger and more dynamic. After seeing the success of fluorescent green, FAW J7 recently launched Luxury Green, which is not so dazzling in color. Compared with bud green, Luxury Green is a metallic paint, and the overall preference is mint, which looks more luxurious and complete. The texture of the vehicle has been significantly improved. 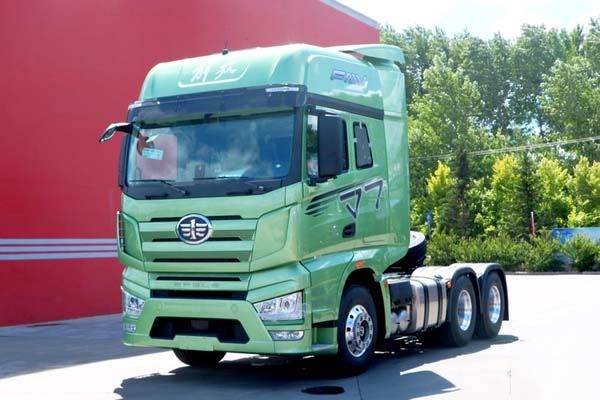 Blue Did Not Fall Down,

After talking about the FAW J7 of the green system, let's take a look at the blue system again. In fact, I always hope that the FAW J7 can launch the blue color matching, which is not necessarily the two of the blue below. The first to open is the FAW J7 with a peacock blue color scheme that was launched earlier. Although this blue has a nice name, the overall look is dark blue, and this blue is more like black overall. If you don’t pay attention to observation, It's really easy to make a mistake. But this peacock blue FAW J7 has appeared. Since then, there has been no news of the blue FAW J7, which makes many truck lovers who like the blue line feel very disappointed, and some truck friends are asking: "When will J7 come out in blue again?" 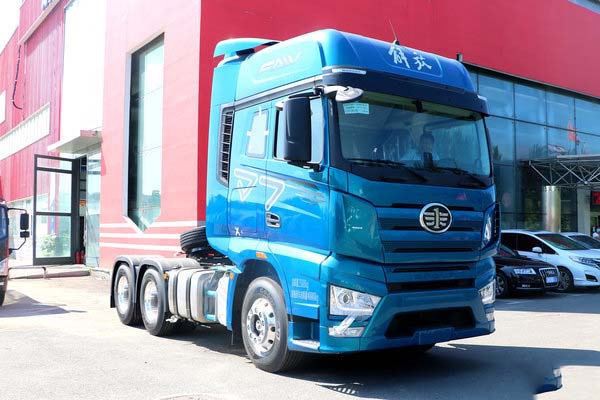 As everyone wishes, the new blue model of FAW J7 has also come out. The color is named Sky blue. As another new color system after rich green, Haitian blue is also beautiful. Personally, I am still I really like this sky blue. As the most high-end truck, FAW J7 has reached the leading level in the industry in terms of product quality and vehicle performance. With the launch of Haitian blue color matching, FAW J7 has successfully collected six body colors. At the same time, it can further increase the personalized needs of cardholders when choosing a car, making the car purchase more comfortable and happier.

This time we took a look at FAW J7's personalized car paint colors from different angles. It is really colorful that can bring more choices to users, and it can also make buying trucks like buying a sedan. In the next issue, we will also check the body lacquer of FAW J7. Look at the release of FAW J7 until now. Several interesting lacquers are available. If you are interested, please continue to pay attention.