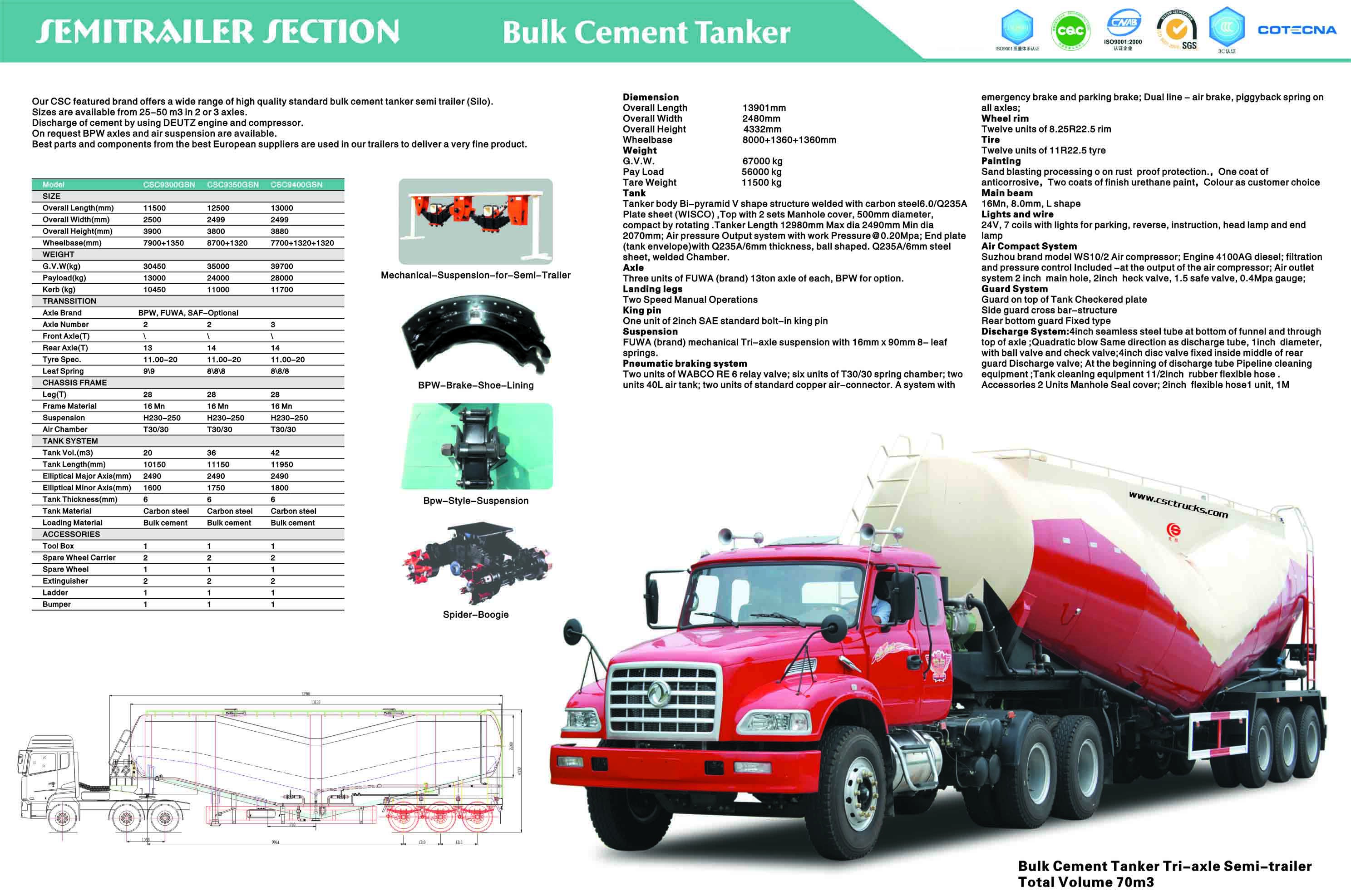 The CSCTRUCK semitrailer The Tank On an off-road vehicle equipped with an air system, the use of the compressor may suffice for small jobs like putting air into tires, but a tractor has much higher air demands. The compressors on a semi truck are powerful; they send air to an enclosed tank, which builds up even more pressure. This extra pressure allows the drivers to use air tools, power air brakes and blow out the cab, among other things. Because the csctruck semitrailer tank has more volume capacity, it is able to store and compress more air than the compressor alone, which carries the benefit of more PSI (pounds per square inch) when it is needed. The csctruck semitrailer tank has a regulator on it, which monitors the pressure inside the tank and the air coming in. Once the air pressure inside the csctruck semitrailer tank gets to a certain level, it signals the compressor to turn back on and replenish the supply. In this manner, the air pressure is kept at a more or less constant and keeps the system ready.

The CSCTRUCK semitrailer Hoses and Accessories csctruck semitrailer Thick rubber air lines come off the air tank and go to various accessories on the truck, such as the seats (if equipped with an air-ride application), the brakes, the horns and several free air hoses that can be used to do such things as blow out the cab or air up the tires if necessary. The csctruck semitrailer air hoses must be kept in excellent condition and are checked regularly. If the air system on the semi-truck fails, the results could be disastrous.