On December 10th, official figures from the China Automobile Association came out. Heavy trucks sales in November were 102,000 units, up 13.8% year-on-year, and production was 119,000 units, up 32.2% year-on-year. Specific sales, please see the detailed data report brought by the website.

Heavy trucks increased 13.8% in November, with a cumulative sale of 1.08 million units 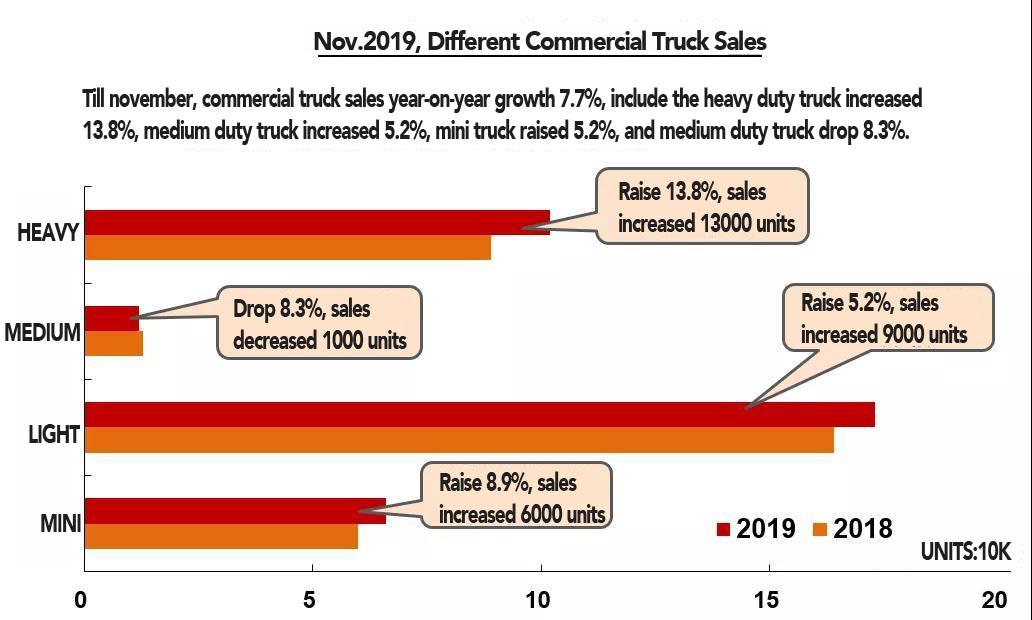 The reason for heavy trucks’ increase? Can it create a new record?

Heavy trucks sales finally show an increasing trend in November, , although 102,000 heavy card sales are not very high, but from the entire truck market, the performance of heavy truck is also satisfactory.

What’s the reason for its increase? Heavy truck increment, there is also an important reason, is a large number of Euro 3 phase-out replacement. It is understood that the current market operation of heavy trucks, there are nearly 3 million Euro3 trucks facing elimination, many areas in our country have subsidy policy for heavy trucks.

In addition, with the arrival of winter, the demand for coal transport trucks is also growing, which made great contribution to the achievements.

The sales of heavy trucks reached 1.082 million units this year, more than we expected, so can it create a new record?