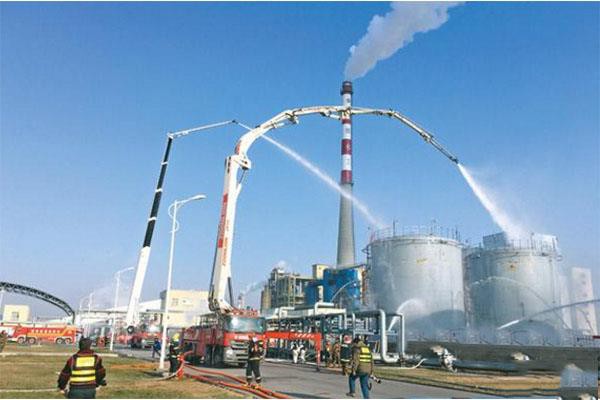 Fire trucks are also called fire engines, in most countries they are also used in other emergency operations. Several fire engines and experienced firefighters with fire equipment at the ideal disaster fire site are sufficient to complete the task.

But actually, fire site usually complex and changeable, a single functional type of fire engine is not enough to perform all tasks, so a variety of types of fire engines with the use of the program came into being. General fire scene, water tank fire trucks are competent enough to complete the rescue through large-capacity water storage tanks and high-pressure water cannons or water monitors, but with the continuous progress of science and technology, single water agent for firefighting facilities have not kept up with the times.

Chemical factories cannot use water to fight the fire, should be used sand to cover the fire, high-rise buildings water tank fire trucks cannot extinguish the fire, so there is an Aerial ladder fire engine, the crash fire is also equipped with special airport rescue fire trucks, for valuable equipment, precision equipment, important cultural relics, books and archives and other places of fire, need to be more professional.

While putting out the fire need to maximize the preservation of the original items at the fire site, so there is a special carbon dioxide fire engines.

Relatively this is a simple type of fire engine, mostly used in urban areas to extinguish the fire, the use of the need to be accompanied by on-site fire hydrants or water-absorbing fire, can also be used as other fire engine water supply equipment vehicles. 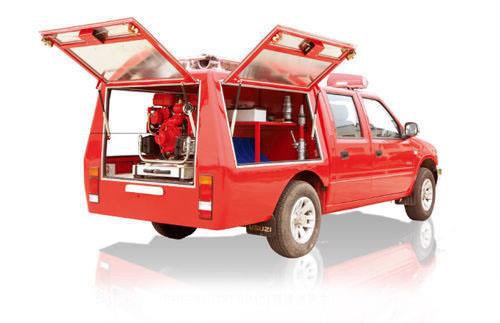 It is a standard fire vehicle for the Public Security Fire Brigade and the Specific Fire Brigade. Because the vehicle has a separate water tank, simply, it can be performed independent firefighting tasks in water-scarce areas. Of course, much more diversified in co-operation, as water supply equipment and water transport vehicles in the fire site. With the rapid economic development, fire-fighting technology is also being updated. CAFS fire extinguishing is a new high-efficiency and low-cost fire extinguishing technique which generally be equipped in many developed countries, but it is still in the developed  stage in China market.

This fire engine is similar in range to a foam fire engine, but further effects on fire fighting in enclosed spaces are odd. It can depressing the fire, but also help to remove smoke and replace toxic gases, would be a coup on several levels. Collections of books in the library, precious collections in the museum are a valuable asset to human. Protect these items as much as possible while fighting fires in a timely manner. In addition, there are some precision instruments that are too expensive in cost or play an important role.

At the same time, there will be no damage to things other than incendiary materials, and a large amount of carbon dioxide will dilute the oxygen content, to achieve the purpose of timely fire extinguishing. Similarly, such fire engines can also serve as a general type of fire. By using the volatile decomposition of inorganic salt in dry powder to interrupt the chain reaction of combustion to extinguish the fire, meanwhile, dry powder can also form a glass-like layer at high temperature, thus suffocating the fire. As large-scale as carbon dioxide applications on fire extinguishers, is one of the standing fire extinguishers. Both fire engines equipped with foam-dry powder serve as fire fields, as well as two types of fire engines, in some complex fire sites to effectively control the fire. Skyscrapers are common in modern metropolises, while basic fire engines cannot operate at high aerials, and common high-rise residential buildings and office buildings are high-risk areas of fire, for which there are a variety of types of fire trucks combination units cooperated in the disaster relief. It works with a telescopic lift-and-a turntable platform and fire-fighting facilities with a retractable ladder to effectively extinguish the fire and rescue the persons safely at the location of the trapped person, and then carry out the fire quickly. Through the large hydraulic lifting platform with firefighters to carry out fire extinguishing, especially suitable for high-rise buildings, tall facilities, oil tanks of fire, but also to rescue trapped people, but mostly used for high-rise equipment to quickly extinguish the fire. This type of combined firefighting is suitable for rapid fire suppression of upper-altitude external flames by combining the arm and turntable with firefighters for jet fighting. Equipped with fixed lift lighting towers, mobile lamps to provide lighting for night-time firefighting and rescue work, but also as a temporary power supply in the fire site. 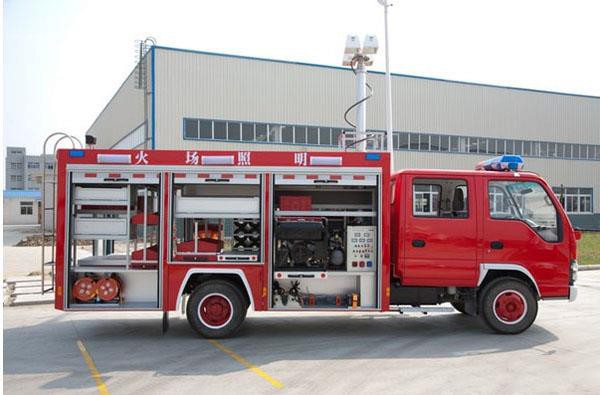 The detective fire truck is responsible for the investigation of fire scene, criminal offence site and other scenes, which plays an investigation and exploration role in the fire disaster situation, and plays a great role in the follow-up disaster relief task.

The Smoke-out Fire Engine is responsible for evacuating smoke from the fire site so that firefighters can enter the building for fire suppression and rescue, and in underground buildings and dense compartments, basic fire engines are required to cooperate with smoke-filled fire engines in disaster relief. Equipped with radio, telephone, loudspeaker and other communications equipment, in the fire rescue truck is responsible for dispatch in command, effective arrangement of rescue, is the fire rescue commander. Because of its poor mobility, high cost and high fuel consumption makes fire tanks very rare, but because of its heavy armor, strong power to enter and leave the scene of major fires and some dangerous chemicals leakage site, with fire prevention, anti-riot, anti-virus, anti-contamination and other outstanding advantages, can replace ordinary fire trucks to open the way. There are airport rescue pilot fire engine steam, the former has high mobility in the airport quickly arrived at the fire aircraft location and effectively control the spread of the fire.

The latter is responsible for the follow-up fire rescue and personnel rescue, because of the special conditions of the aircraft fire, the fire engine has good maneuverability and off-road performance, can be sprayed during the course of the fire, and ordinary fire engines have a significant difference. Different types of fire engines are used in different scenes of fire rescue, and in real life is often complex and changeable, with different fire engines to complete complex rescue and disaster relief tasks is more effective and reasonable.