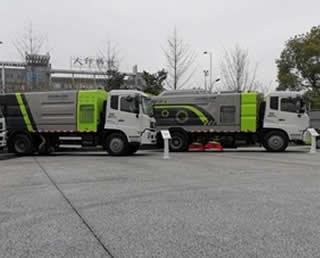 In the past decade, the special truck market has experienced ups and downs, but there is a category of products can maintain the momentum of growth, that is, sanitation truck. 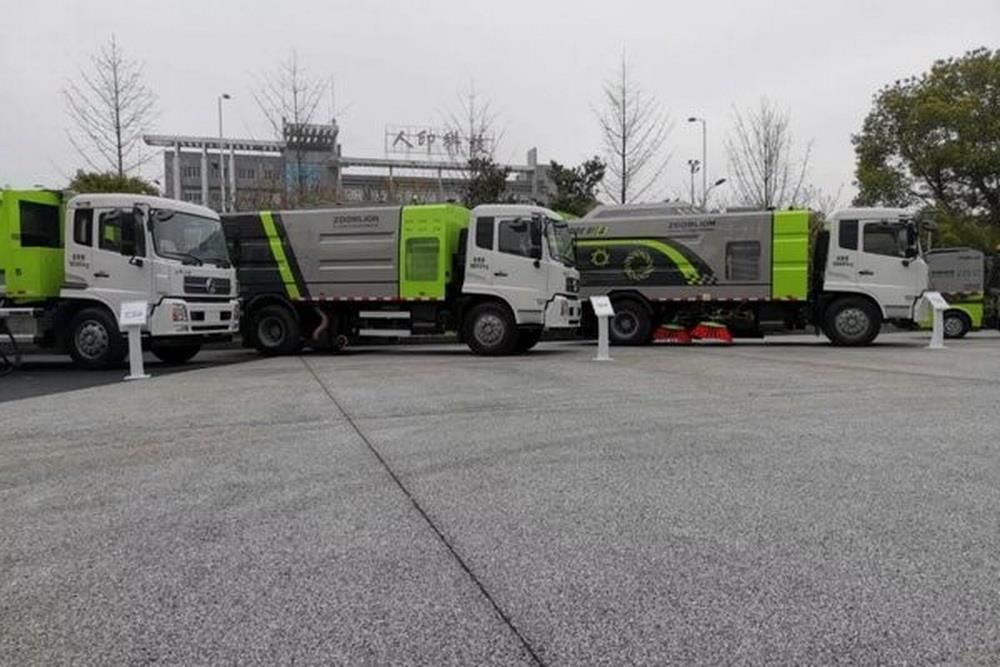 But that growth has changed between 2017 and 2018, which has attracted great attention from the industry. For the 2018 sanitation market, some people say it's down because production has fallen, but others say it's up.

According to the data, the production of sanitation cleaning vehicles was 53,064, down 22.00% than last year, with the production of water jetting truck and water sprinkler truck down 14% and 19% respectively.

From the above data, it is easy to see that the dates of sanitation truck in 2018 have a relatively large decline, which showed an obvious contrast with the sanitation truck market in recent years.

But why this growth rate has not continued in 2018, the growth of the sanitation truck market has reached a bottleneck period?

▎What about the major sanitation vehicle manufacturers in 2018?

Of these, there are as many as 90 sanitation PPP projects and 37 projects with contract values of more than $1 billion.

Both the entire sanitation service industry and the sanitation vehicle manufacturers have delivered good transcripts in the 2018 sanitation truck market.

From the level of national policy, the policy of sanitation vehicles in recent years is favorable. The state requires that the environmental health planning should be integrated into the overall plan of urban and rural socio-economic development, increase the investment in the construction of urban and rural sanitation facilities, and clearly propose in the planning objectives, to upgrade the level of sanitation equipment.

The government put forward the reform of public service marketization, use social forces in the field of public service, increase the government's efforts to purchase public service projects. In principle, to buy from the community through contracts, entrustment and other ways. Therefore, from the policy point of view, the development prospects of China's sanitation industry are quite optimistic.

According to the above-mentioned situation, the reporter cannot help raising such a question, the decline of the sanitation industry in 2018 is an illusion?

Therefore, the reporter checked the sanitation vehicle production data of 2017, found that the production in December is several times higher than that of other months, close to 50,000 vehicles. For the sanitation industry, this monthly production figure is clearly not normal.

These certificates are recorded in the production data, in fact, some of the products were not sold in 2017, but were transferred to early 2018 for sale.

For this reason, the reporter also checked the data of other products, found not only sanitation vehicle products, but also other special trucks products also showed a suddenly rising in December 2017.

Of course, this is partly due to the market, and partly because GB7258-2017 is about to be officially implemented.

So what about the sanitation market in 2018? Therefore, the reporter found another data source, according to insurance licensing data, the sales of China's sanitation trucks are 86,443 vehicles, while 100,773 in 2018, an increase of 17% year-on-year.

So this sales data is actually confirmed by the reporter's point of view, China's sanitation truck market is actually rising in 2018, and the decline in production data is only a temporary "illusion", the data is sometimes "lying".

▎How will the sanitation market develop in 2019?

Growth in the Chinese market is expected to remain in the market in 2019. First, in 2018, the state issued the Opinions on the Implementation of the Rural Revitalization Strategy and the Three-Year Action Plan for the Rehabilitation of Rural Habitat Sane Environment, and 2019 is the year of the campaign, with the county market in the central and western regions still growing strongly.

Secondly, in July 2018, the State Council issued the "Three-Year Action Plan to Win the Blue Sky Defense War", which has strong demand for cleaning products and new energy products in Beijing-Tianjin and surrounding areas, the Yangtze River Delta region, the Plains and other regional cities.

With the "beautiful China" "beautiful countryside" construction, the demand for sanitation vehicles will certainly grow, and the sanitation market in 2019 is bright and optimistic.