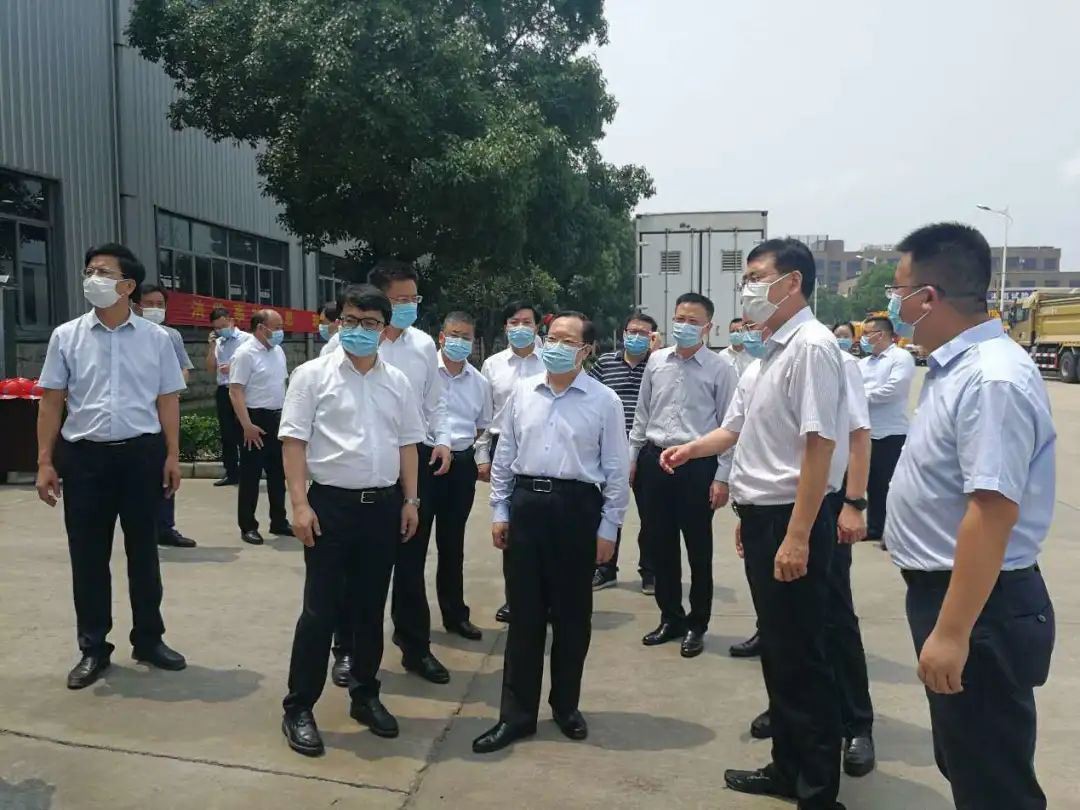 Governor Of Hubei Province And His Leader Team Visit CSCTRUCK During the inspection, Governor Wang Xiaodong made detailed inquiries about the status, technological leadership and market situation of the “4+X” products in CSCTRUCK after the epidemic. Chairman Gu Yifeng introduced Governor Wang Xiaodong's strategy of “resource integration, quality improvement” since the reorganization of CSCTRUCK in December 2018, and reported the market situation since the resumption of work in March. Hearing that CSCTRUCK had set new record highs for single-day orders and a new record of 58.8 million yuan in single-day orders on May 20 and June 13, respectively, Governor Wang Xiaodong was very happy and encouraged CRRC CSCTRUCK to make special vehicles for Suizhou as the industry leader. In the production workshop, Governor Wang Xiaodong and his party carefully inspected the production lines that have been invested in the industrialization of intelligent manufacturing of special rescue equipment, and took the lead in the intelligent production of automatic uncoiling of raw materials, high-end cutting equipment, welding robots and supporting automatic positioners for CSCTRUCK. The equipment is appreciated. After learning that CSCTRUCK will further expand the emergency rescue equipment modern manufacturing center and the preparation of a special vehicle research institute, Governor Wang said that the high-end customization of special vehicles and the upgrade of intelligent bodywork technology are the future development trends. Sheng Auto has become a world-class special-purpose vehicle company, driving the transformation and upgrading of the Suizhou special-purpose vehicle industry.