We usually pay attention to domestic trucks in Europe, America, Japan and other countries, but trucks in other countries and regions usually have no sense of existence. For example, in the Middle East, most people think that there is a lot of oil in that area and it's messy.

But nothing is absolute. Turkey, as a hegemon in the Middle East, has a very high degree of secularization. In 2018, its per capita GDP reached US$9311, and it has a relatively complete automobile industry. 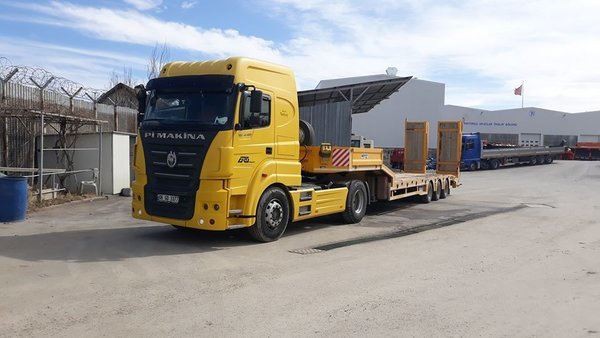 Turkey has its own commercial vehicle brand. During the process of understanding the Turkish truck industry, I found a more interesting model-Pi Makina 18-440, which is very representative. Let’s talk about this truck with everyone today. Turkey's automobile industry officially started in the 1950s. By 2015, automobile production reached 1.3 million, and the export of complete vehicles and parts reached US$20 billion, ranking 14th in the world.

Automobile giants such as Ford, Hyundai, and Toyota all have factories in Turkey. Turkey has also cultivated its own auto brands such as BMC and TOGG, which shows that its auto industry is relatively developed. The Pi Makina 18-440 truck we are going to introduce today comes from Pi Makina, a domestic construction machinery manufacturer in Turkey.

The company was established in 1972 and is currently the largest domestic concrete mixing plant manufacturer in Turkey. A construction machinery manufacturer switched to trucks. The origin of Pi Makina 18-440 trucks is similar to that of Sany Group in China. Some things are not unique to China

When you first see the Pi Makina 18-440 truck, will everyone have a feeling of deja vu? How is its front face so similar to that of the old Scania R series? It's just that compared to the genuine Scania R series, its air intake grille is a bit narrower. As for the reason, I will elaborate on it below. 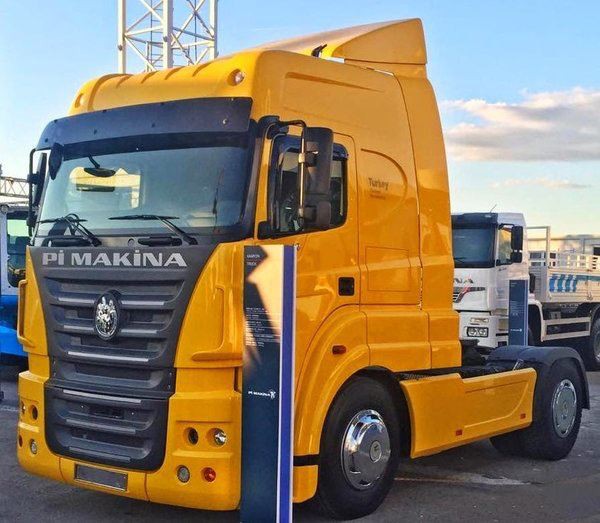 As a crossroad connecting Europe and Asia, Turkey has been actively advancing its accession to the European Union over the years, and its own automobile industry has also been deeply influenced by Europe. European heavy trucks are quite good in Turkey both in terms of market share and reputation. For example, Mercedes-Benz and Scania are more popular in Turkey.

To put it bluntly, this approach is the same way as the entire celebrity face of some Internet celebrities today. Don’t say what the specific effect is. The Pi Makina 18-440 truck alone attracted the author at least at first glance. This kind of thing is really eye-catching. 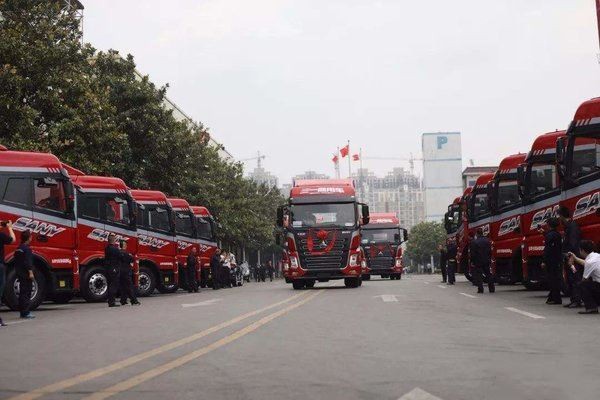 After talking about the front face of the Pi Makina 18-440 truck, do you think this is over? of course not! The models that can arouse the author's strong interest must be different. The cab of the Mercedes-Benz Axor is narrower than that of its big brother Actros. Therefore, it is not difficult to explain the narrowing of the intake grille when the Pi Makina 18-440 truck imitates the Scania front face (Scania The R series is against Mercedes-Benz Actros).

A truck combines the two powerful genes of Ouka. Pi Makina and its Chinese counterparts are among the best! So some things are really not unique to our country. Most countries and companies like to take shortcuts.。

The appearance has already been discussed, let’s talk about some basic conditions of this truck. The Pi Makina 18-440 truck made its debut at a machinery exhibition in Istanbul in 2015.

After a series of tests and modifications, it was officially launched in 2018, using Cummins' 440-horsepower diesel engine and ZF gearbox (with automatic transmission optional). 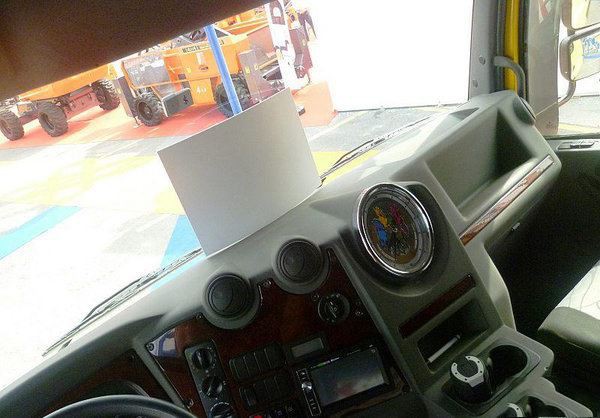 In addition to the steering wheel, the interior is quite original compared to the exterior. Among them, the huge round clock design of the center console has a touch of luxury vehicle flavor, which is rare in truck interiors.

In addition, the dashboard and center console are decorated with anti-mahogany wood, which is estimated to be used to highlight the sense of luxury, but the overall workmanship with unmodified fixing screws is worrying, and some of the interiors of the "Violet" models of some third- and fourth-tier manufacturers in our country spell. 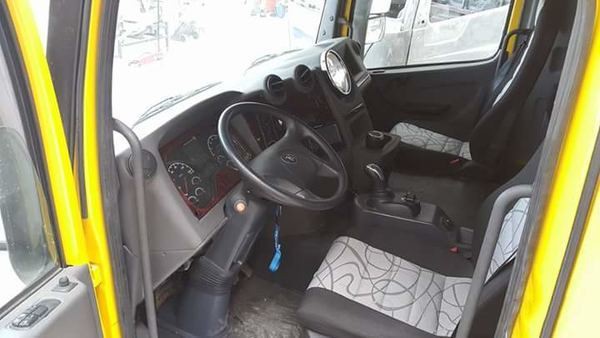 It is rumored that the price of this vehicle is 80,000 euros (equivalent to RMB 614,000), which is basically close to the price of the European Seven Sisters flagship model in Europe.

I have been searching for a long time and have not found the sales of this vehicle in Turkey. Considering its wilder interior style and workmanship, the sales should not be high. In addition, I always feel that the interior of ZF's automatic transmission has a sense of age. I don't know if I have committed OCD again.

▎Some thoughts from the author

I originally went to see this truck with a curious mindset, but when I checked the information, I saw Turkish netizens' comments on this truck, which gave the author some ideas. On the whole, Turkish netizens hold a positive attitude towards this vehicle, thinking that it is an improvement to be able to build this type of heavy truck in their own country, but in these comments "China" has repeatedly laid guns.

Not to mention that everyone can think of it, people are using China as an analogy when complaining about the appearance of this vehicle. It is undeniable that "cottage" is a stage that cannot be bypassed on the road to catch up with the world's advanced level. The author firmly believes that the level of Chinese trucks must be higher than that of Turkey, but our image is still not tall enough. It is indeed a sad thing to be regarded as a negative model.

This shows that the "Chinese Trucks" still has a long way to go. It seems that we still have to call less to be more advanced than the international ones, and to do a good job of original things first. (Text/Surname: Little K)

BMC Comparable To European Trucks, Why Not As Influential As Japanese And Korean Trucks?
Municipal Leader To CSCTRUCK Survey & Research